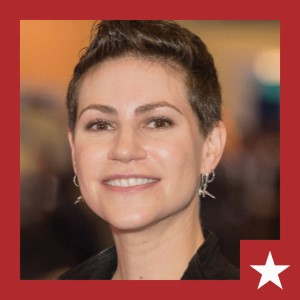 Sae Schatz, Ph.D., Director of the ADL Initiative, is an applied human–systems scientist, with an emphasis on human cognition and learning, instructional technologies, adaptive systems, human performance assessment, and modeling and simulation. Frequently, her work seeks to enhance individuals’ higher-order cognitive skills (i.e., the mental, emotional, and relational skills associated with “cognitive readiness”). Dr. Schatz has applied her efforts to defense training and education for roughly a decade, and she holds a doctorate in Modeling and Simulation from the University of Central Florida. 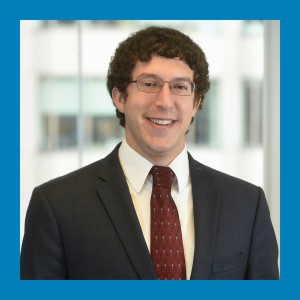 Jason Briefel is the Executive Director of the Senior Executives Association (SEA), overseeing day-to-day operations of the Association and leading execution of the priorities and policies of the Board of Directors, a role held since September 2016. He also leads strategic engagement efforts with members of SEA’s Corporate Advisory Council and other organizations. Mr. Briefel served as SEA Interim President from February-September 2016.

Additionally, Mr. Briefel serves as SEA’s Legislative Director, representing SEA and its members on Capitol Hill and with the Administration. He represents SEA with the Federal-Postal Coalition and the Government Managers Coalition, and is a member of the American Society of Association Executives (ASAE) Public Policy Committee. Mr. Briefel is a Director on the Board of the Federal Employees Education and Assistance Fund (FEEA), currently serving as Treasurer.

Prior to joining SB&R, Mr. Briefel worked in Congress for a member of the North Carolina delegation and interned with the DC-based think tank Third Way. He also served as a research assistant and project manager for the FireChasers, a collaborative research endeavor between the U.S. Forest Service and North Carolina State University.

Mr. Briefel holds a B.A. from the University of Richmond and an M.S. from North Carolina State University. 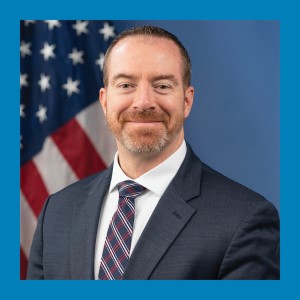 Brian McNamara is the Chief Learning Officer for the International Trade Administration (ITA), a bureau within the U.S. Department of Commerce. The ITA operates in over 75 countries and promotes U.S. trade and investment. Mr. McNamara oversees a team responsible for ITA's talent management, training, and development and provides strategic direction to ITA senior management on agency-wide leadership and organizational development initiatives. Mr. McNamara is an experienced trainer and certified executive coach through the ICF and a Certified Professional Co-Active Coach through the Coaches Training Institute. He serves as an adjunct faculty member with George Washington University's Center for Excellence in Public Leadership. He holds a dual MBA in International business from Texas Tech University and Universidad Anahuac in Mexico City. He enjoys travel, sports and spending times outdoors. He resides in Alexandria, VA with his wife Jennifer and newborn daughter Catherine. 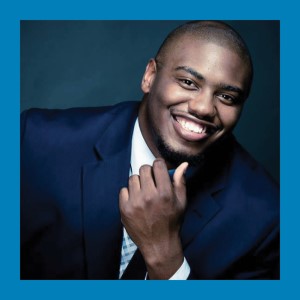 Alex D. Tremble Jr. (aka The Federal Career Coach) is a certified Career and Leadership Development Coach, professional speaker, and author of the bestselling books, "Reaching Senior Leadership: 10 Growth Strategies Every Government Leader Should Know," and "The GPS Guide to Success." Alex's most recent bestselling book, "Reaching Senior Leadership," helps ambitious leaders gain influence and strategically prepare themselves for their next leadership opportunity; whereas his first book, "The GPS Guide to Success," is focused on helping government employees identify their goals and create strategic plans to reach them. Alex is a certified John C. Maxwell Speaker and Coach and has over 10 years of experience coaching and advising Federal Government senior leaders. He has also managed three government-wide executive leadership development forums and several executive mentoring programs. Alex received his bachelor’s degree in Sociology and Psychology from William Penn University and his master’s degree in Industrial and Organizational Psychology from University of Baltimore. 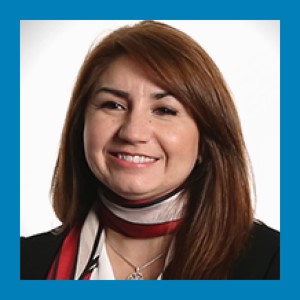 Veronica Villalobos is the Principal Deputy Associate Director for Employee Services (ES) at the U.S. Office of Personnel Management (OPM) and was selected for the Senior Executive Service in 2010.  Her responsibilities include formulating and implementing human capital strategies and policies to support Federal agencies in meeting their missions. In her role leading the Strategic Workforce Planning Center, she has driven efforts to advance evidence-based human capital management through strategic foresight, futuring methods, analytics and research.  Her leadership in this area is enabling the Federal Government to better shape an informed Human Capital policy agenda by anticipating drivers that will influence and impact the Federal workforce and testing and evaluating new approaches to create effective initiatives and solutions.  She also oversees the division's performance on key strategic goals like the President’s Management Agenda Workforce for the 21st Century (including reskilling, performance management and engagement, and simple and strategic hiring), and Building a Modern IT Workforce.

Prior to her current position, Ms. Villalobos served as the first Director of OPM's Office of Diversity and Inclusion.  She led efforts to develop, drive, and monitor strategies and initiatives designed to create a more diverse and inclusive Federal workforce and improve the quality of decision-making at all organizational levels.

Before joining OPM, Ms. Villalobos worked at the U.S. Equal Employment Opportunity Commission (EEOC), as one of the agency's first Honor Program Attorneys. From 2008 to 2010, she served as the Director of the Office of Equal Opportunity where she was responsible for EEOC's Equal Employment Opportunity (EEO) Complaint Processing and Affirmative Employment Programs. In spring 2010, Ms. Villalobos was detailed to OPM as Special Counsel to OPM's Deputy Director and Chair of the Inter-Agency Work Group on Diversity (Work Group). She coordinated the Work Group's efforts to develop a Government-wide Strategic Plan to create a Federal workplace that represents all segments of society.

In 2008, Ms. Villalobos served as the chair of the Federal Hispanic Work Group, which was charged by the EEOC Chair with examining the Hispanic community's systemic concerns about Federal sector employment and executive development. From 2000 to 2008, Ms. Villalobos was assigned to the EEOC's Office of Federal Operations where she issued decisions in cases covering the entire spectrum of alleged discrimination, including race, color, sex, national origin, age, disability, religion, and reprisal. In 2006 and 2008, she also served as a supervisory attorney and was responsible for reviewing the appellate decisions drafted by attorneys on appeals from agency and EEOC Administrative Judge decisions issued on Federal sector discrimination complaints.

In 2002, Ms. Villalobos was detailed to the EEOC's Office of Legal Counsel, where she litigated EEO and Merit System Protection Board cases on behalf of the EEOC and provided legal advice to the chair and commissioners regarding complex disability cases, as well as administrative and union matters. In 2003, she was detailed to the National Labor Relations Board, where she worked in both the chairman's office, drafting Board decisions, and the General Counsel's Contempt Litigation Division.

Ms. Villalobos was born and raised in El Paso, Texas. She graduated from Saint Mary's College in South Bend, Indiana, in 1996 with a Bachelor of Arts degree in political science and psychology. After graduation, Ms. Villalobos received the Telecommunications Fellowship with the Congressional Hispanic Caucus Institute, during which she gained hands-on experience at the non-profit Public Technology, Inc. She earned her law degree from American University’s Washington College of Law in Washington, DC, in 2000. Ms. Villalobos is a member of the Maryland Bar.