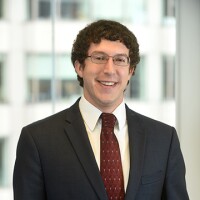 About the Author
Jason Briefel

Jason Briefel is the executive director of the Senior Executives Association (SEA), overseeing day-to-day operations of the Association and leading execution of the priorities and policies of the Board of Directors, a role held since September 2016. He leads strategic engagement efforts with members of SEA’s Corporate Advisory Council and other organizations. Mr. Briefel served as SEA Interim President from February-September 2016. Additionally, Mr. Briefel serves as SEA’s Legislative Director, representing the Association on Capitol Hill and with the Administration. He is a member of the American Society of Association Executives (ASAE) Public Policy Committee. Mr. Briefel is the Treasurer Federal Employees Education and Assistance Fund (FEEA). Mr. Briefel joined Shaw Bransford & Roth, P.C. in 2012 to work in the firm's government affairs department. He is a regular host of FEDtalk on Federal News Network and Editor of the FEDmanager and FEDagent e-report newsletters. Mr. Briefel worked in Congress and with the think tank Third Way. He was a research assistant and project manager for the FireChasers, a collaborative research endeavor between the U.S. Forest Service and North Carolina State University. Mr. Briefel holds a B.A. from the University of Richmond and an M.S. from North Carolina State University.